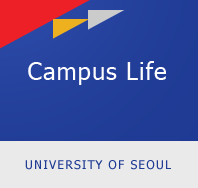 Korea's climate is regarded as a continental climate from a temperate standpoint and a monsoonal climate from a precipitation standpoint. The climate of Korea is characterized by four distinct seasons: spring, summer, fall, and winter.

Spring
Spring lasts from late March to May and is warm. Various flowers, including the picturesque cherry blossom, cover the nation's mountains and fields during this time.

Summer
Summer lasts from June to early September. It is the hot and humid time of the year.

Autumn
Autumn lasts from September to November, and produces mild weather. It is the best season for visiting Korea.

Winter
Winter lasts from December to mid-March. It can be bitterly cold during this time due to the influx of cold Siberian air. Heavy snow in the northern and eastern parts of Korea makes for favorable skiing conditions.